This story is about the second day of my school study tour in Yogyakarta. Enjoy!

That day, my roommate woke me up at 5 am because we had to check out from the hotel at 6 am. So we only had an hour to prepare everything. Like the day before, we took a bath after prayed shubuh. Then we packed our suitcase quickly.

After we checked out from the hotel, we all waited for the bus at the front yard of the hotel. Some of us also bought some souvenirs from the souvenir sellers outside the hotel. I only bought a few bracelets that I think nice to wear. 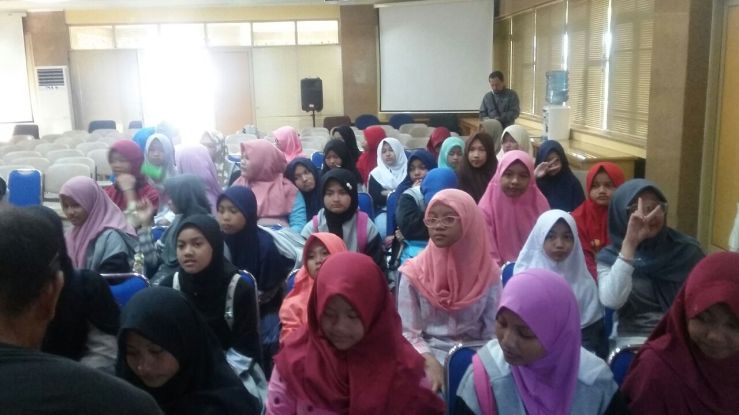 As I wrote above, the destination that we were heading first was Muhammadiyah Central Leader’s Office. Before we arrived there, I tought we were there to take a look around of the building, and then got an interesting story about Muhammadiyah’s history. But it turns out we only got told about Muhammadiyah story by one of the leader. And honestly, me and my friends were really sleepy when they told us the story. But we tried hard not to fall asleep over there. 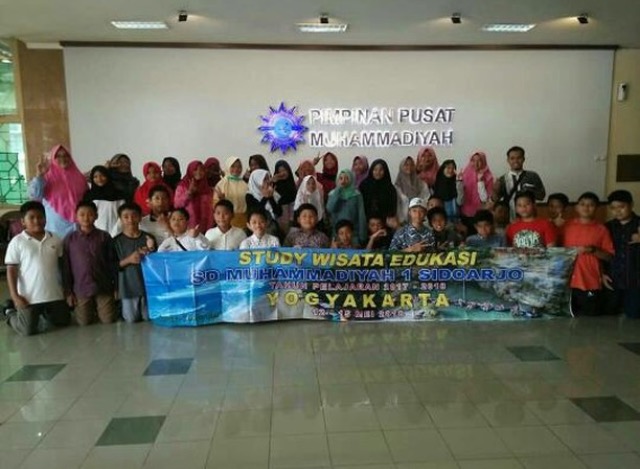 After the story was finished, we went to the first floor of the building and take a picture there. Then we went to our second destination of our day two study tour, Muhammadiyah Suronatan Elementary School. 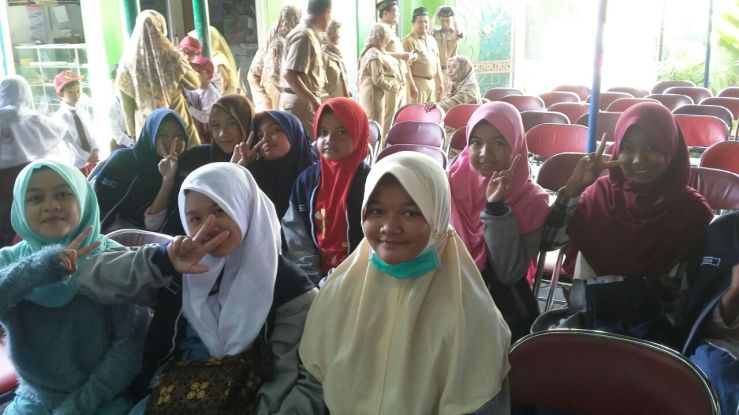 And the Suronatan Elementary School’s teachers actually offered us to have a little tour around the Kauman Village where Muhammadiyah was born. From the school, we walked down the streets to the first Aisyiyah’s Mushalla. Then they took us to K.H Ahmad Dahlan’s house and mini museum. But sadly the mini museum was closed because it was almost Dhuhur. So the teachers only told us about the inside of the museum and everything about it.

At the Mosque Gedhe Kauman, we prayed Dhuhur first, then after that we had lunch. We finnished our lunch quickly because according to the schedule, we would go to Taman Pintar after lunch.

But suddenly teachers told us that Taman Pintar was closed that day. We were really dissapointed to hear that. But they told us that the next destination was changed to a local t-shirt factory and store called Omah Oblong Yogyakarta. So we were not that dissapointed.

At the Omah Oblong, we could see the process of making the t-shirts that will be sold at the store. But we only saw it by looking at a big window outside the room. So it was actually not that clear.

But at least after that we could buy t-shirts from there. The store was quite big, and there were so many different types of illustration or design in the t-shirts. I bought a long sleeves gray t-shirt and a short sleeves pink t-shirt. Actually at that time I wanted to buy at least one more t-shirt, but my money that day was only enough for buying two t-shirts. 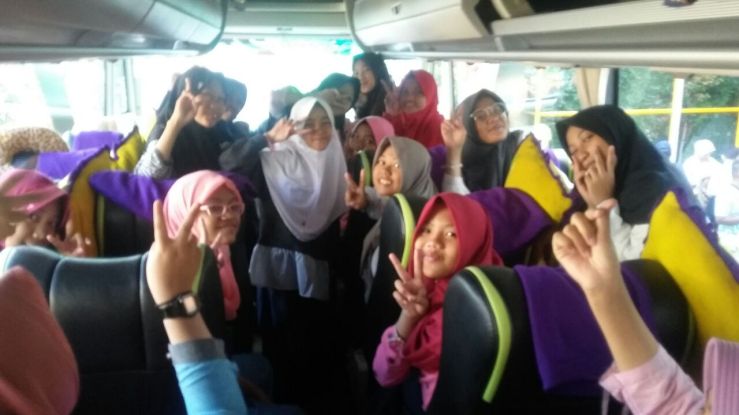 After everyone finnished in short shopping time, we all back to the bus and ready to go home. On the way back home, we stopped two times. The first stop was at Grafika Restaurant to have dinner and the second stop was at a small Musholla in Ngawi to pray Maghrib and Isya’. 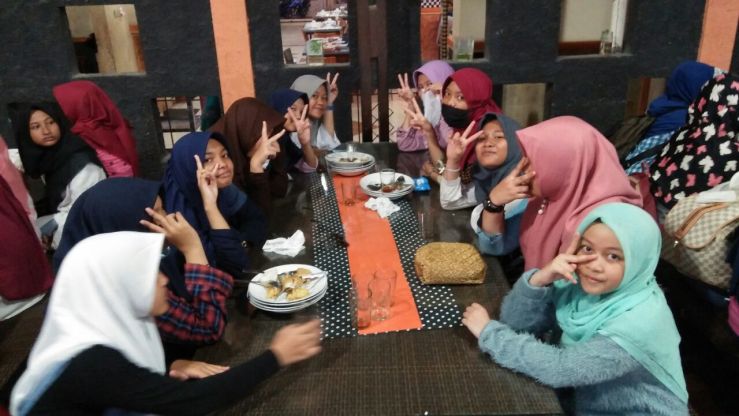 We arrived at school at 1 am. Then we all waited for our parents to pick us up. Before leaving school, we said goodbye to each other, and hoped that we can meet each other again in another day.

So, that is all for my study tour story. I hope you like it! See you in the next posting!!!