In today’s era, a totally free education is something we rarely see in our surroundings. And our society nowadays still have the mindset that the more expensive a school is, the higher the quality would be. But since today, SMA Selamat Pagi Indonesia has proved me wrong.

This highschool (also known as SMA in Indonesia) is widely known as a free school which is located in Batu, Malang with the goal to educate underprivileged children. It has opened since 2007 and from there, it slowly gains recognition from many companies and organizations in Indonesia. Not because it’s a free school, but mostly because SMA Selamat Pagi Indonesia has successfully educated hundreds of alumni with great soft skills, and working experience. And today, I’m happy and thoroughly amazed to be given the opportunity to visit this school, since I got so many insights after the visit. So I will be sharing it to you through this post.

One of the most distinctive aspects of this school is definitely their entrepreneurship program. Whereas students are divided into several divisions (restaurant, engineering, food production, merchandise store, tour and travel, marketing, show, and hotel). And just like the name of the divisions, those are the business they open in SMA Selamat Pagi Indonesia for their students to practice their talent have a great soft skills for their future.

Although when we see it from the outside their business has went really well, some things hasn’t been easier for them for the past couple of years. Going back to the conditions of the students themselves. They were born in an unfortunate situation and because of that, when they first got accepted in the school, they still don’t know what they want to do in their future just yet. From there, their teachers started to encourage them to dream and write it down as a goal and reasoning for them to work hard. This is just one of the things that makes me amazed of the school. Their students are taught that no one can ever choose in which situation and family they would born to. But about the future, it is something they should fight for from now on.

From the business they work on together, there is monthly income they got. And there’s an agreement between them to set aside a certain amount of their income so that they can donate it to people in need. I was really impressed with this will and desire to keep helping and contributing to their surroundings, despite their past conditions.

So when I came to the school, there were only happy faces full of gratitude that I saw. There was zero trace of the past tragedy or maybe even traumatic event that was shown. And it honestly makes me glad as well as proud to know that there’s school like this in Indonesia. Where children, no matter how dark their past was, were provided the same opportunity to be the best version of themselves. Where they can discover what they would do in the future, and their role in this society. 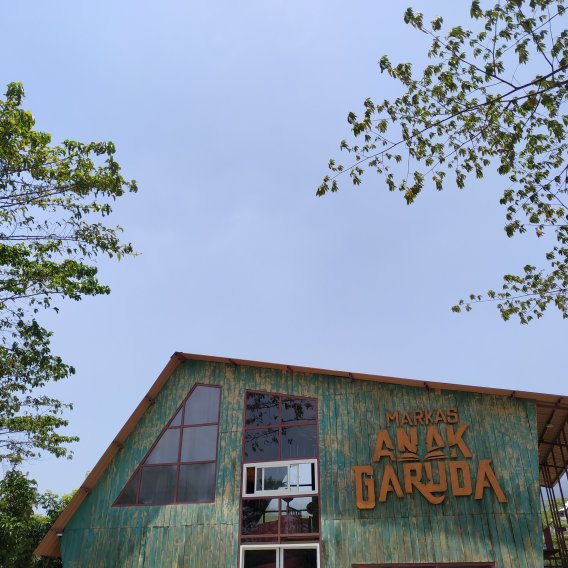 Before I end this post, I would like to quickly inform you that the movie based on the true story of students from SMA Selamat Pagi Indonesia called ‘Anak Garuda’ will be released in theaters in Indonesia, hopefully in the beginning of 2020. So for those of you who are interested to know more about their struggles and how they overcome it, I think it will be a great and inspiring movie to watch with your family and friends. And I hope this post can give you some insights like I got in SMA Selamat Pagi Indonesia. Bye!!

A high school student that loves her family, friends, books, and piano <3