Because there are a lot of students and  subjects that we learned, each students can choose a subject that they want to exhibit. For me, I chose to show what I’ve learned in the vocal club. It is because, I know it could give me opportunity to perform my singing skill for the first time in front of public. And anyway, the vocal club was also chosen to be the representative of the various clubs that we have in Sekolah Cikal.

The song that I performed was Too Good At Goodbyes by Sam Smith. I chose this song because Too Good at Goodbyes have a wide vocal range which allows me to practice and perform maximally.

The thing that I really like in MYP Subject Exhibition was, when me and some of my friends that chose either vocal or music performed, we were not only performed the song that we have learned. But we also explained to the audience about the reason why we chose that certain song and how we practiced it.

In my opinion, this activity is really important because we can show people that when we practice our musical skill, we are not only learn about the notes or the beats. We can also learn about the types of the music, the meaning of the song, the characteristics of the song based on the composer, and etc. So we learn so much things from it.

Besides the vocal and music performances, the subject that was performed on the stage was Coding Elective. The students in this subject presented the game that they have made during this semester.

The students that didn’t chose coding elective or music, exhibit their works on the booths that school has provided. And this allows the parents or students outside of MYP to be more open to ask some questions and give some suggestions to the presenter.

In this event, I was also chosen to be the master of ceremony (MC) with one of my friend from Year 8, Sidharta. Me and Sidharta has practiced for doing it since 3 or 4 days before the event was held. Although I ever had an experience to be an MC in the event that my previous school held, actually I never practiced for doing it using English as the main language in a quite short preparation. So I can’t believe that I finally can do it as well as I expected.

When I tried to think about this event, my mind also traveled back to the day before MYP Subject Exhibition was held. We had so much fun decorating and preparing this and that for the event. Our works over this 6 months were displayed in certain spots, and we were very excited yet nervous for the next day. But at the end of the exhibition, we were so happy after seeing how excited and proud the parents were when they attend the exhibition.

Other than the MYP Exhibition, the next day there was a Religion Assembly which actually also an exhibition of subject that students have learned in each religion class this semester. But the different thing is, Religion Assembly was participated by all of the students of Sekolah Cikal Surabaya and not only MYP students. 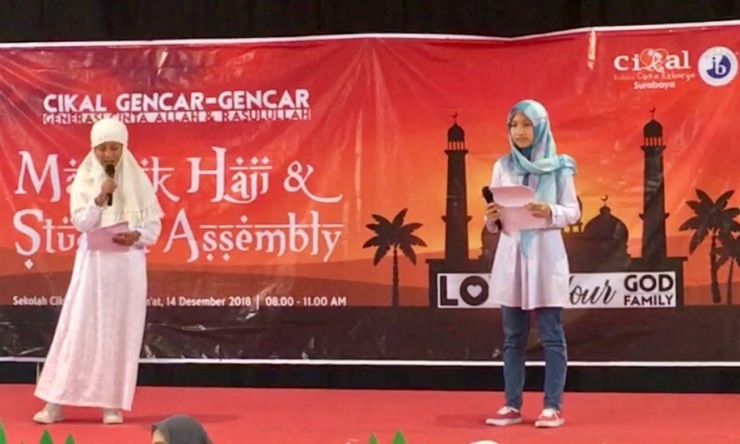 In this assembly, there were so much more performances from students and there were no booths for presentation in that event. So our works were just exhibited without anyone that explain it. And like the previous event, I became the MC again, but this time I was with one of my classmate, Daanisy. 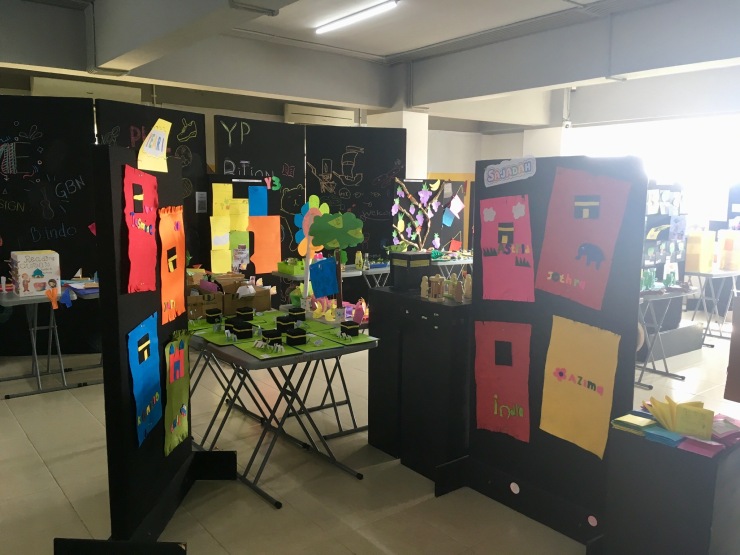 By participating and getting involved in the preparation of this exhibitions, I learn to believe in myself more than I usually do. And it helps me so much because it makes me more confident in my abilities.

Back to the MYP Subject Exhibition, below this notes I have inserted  a video of it from my youtube channel and a lot of pictures from the event. So I hope you enjoy it! 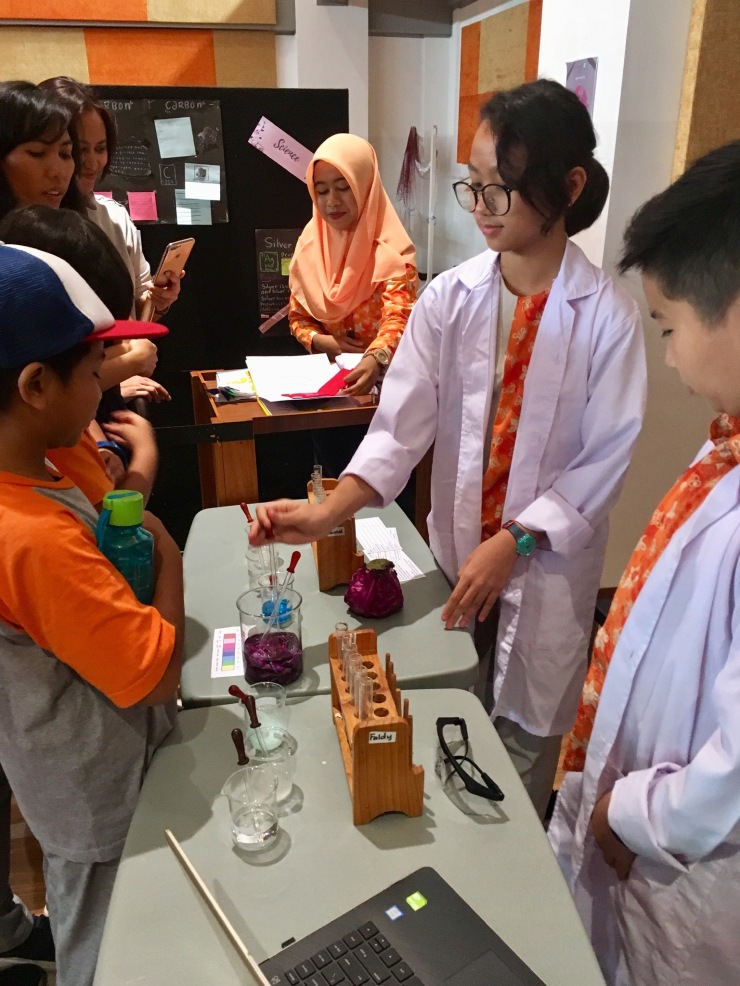 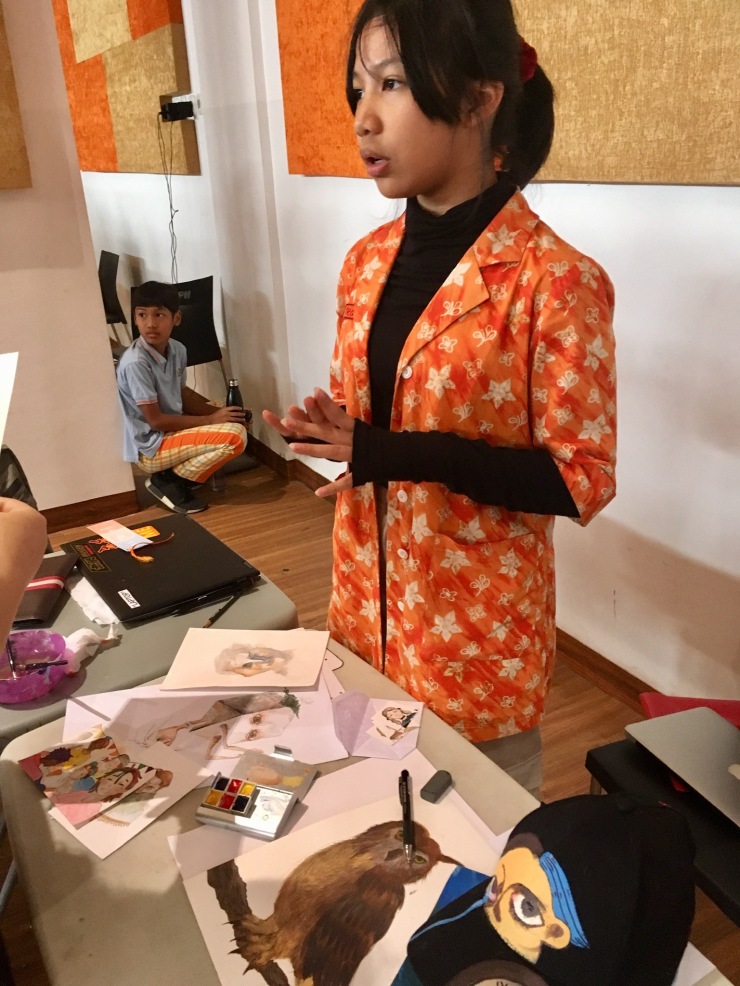 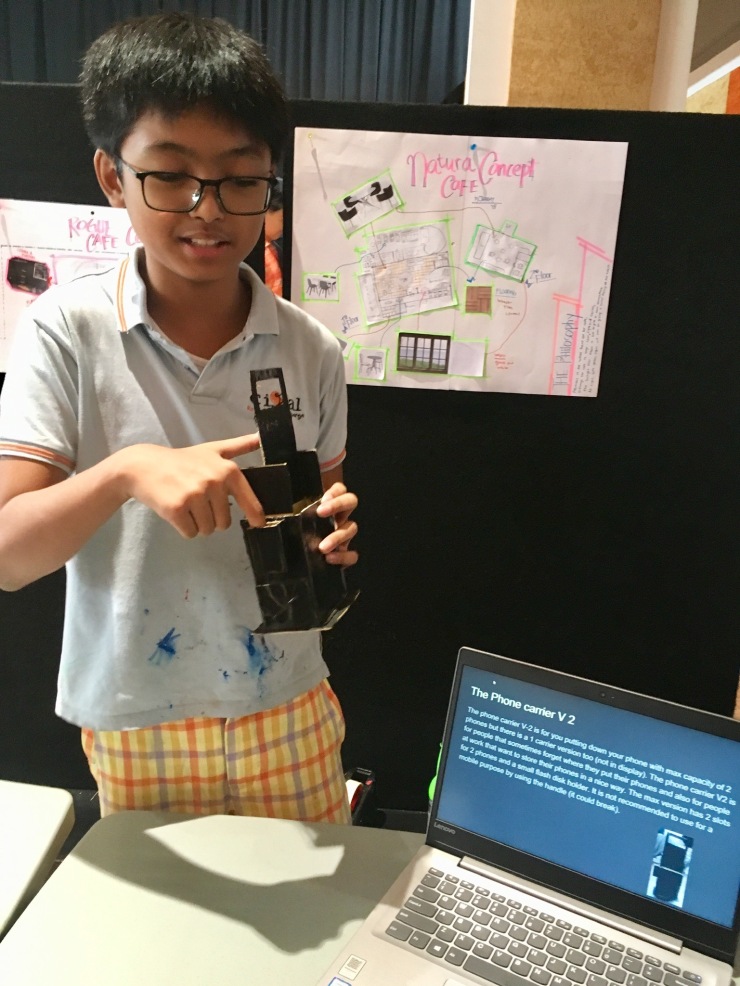 One Reply to “MYP Subject Exhibition 2018”